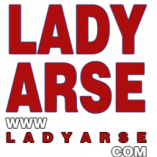 Before the season started, we decided to invite top bloggers from rival clubs to StrettyNews.com for interviews ahead of big games. This new feature starts with Arsenal blog ladyarse.com. You can follow them on Twitter here.

Hello ‘LadyArse’, welcome to Stretty News’ view from the enemy interview. We will start with two nice questions… What do you and other Arsenal fans expect this season, and how did it feel to finished fourth in a ‘two horse race’ last season?

Last season was so painful and to be honest this season just feels like a continuation of that. Yes, injuries hit us, but the team just stopped believing, big name players stopped performing and everyone looked to someone else to take responsibility. It was gutting for all Arsenal fans, not going to lie about that and it’s up there as one of the worst times I’ve experienced as an Arsenal fan. This season doesn’t show any signs of improving, but, that being said, it is early and I’m an eternal optimist so things can only get better. Where will we finish? I’m still going to say top four, mainly because I’m mental, but it will be tight.

Arsenal sold two key players this summer, including Cesc Fábregas and $amir Na$ri. Do you see Arsene signing many, if any, players before the transfer window shuts? We all know what Wenger is like when it comes to spending money. He’s so tight he’d peal an orange in his pocket.

Arsenal have to sign players, it’s that simple. We were short of players last season and now with the sale of five players plus sending a few others out on loan we are threadbare to say the least. I would be very, very surprised if we don’t see at least two, maybe three big signings coming in during the last week of the window. Arsene hasn’t just turned in to an idiot overnight, if we can see what we need, you can be assured he knows too.

The first two weekends of the Premier League saw Arsenal drop a total of four points. How did you react after both games (against Newcastle and Liverpool)?

To be honest, after the match at Newcastle I was more angry for our players for being so stupid and rising to the bait that is Joey Barton once again. Against Liverpool I was actually expecting us to do a lot worse given the number of players we were without, and until Frimpong was sent off we were more than a match for them. After the sending off it was kind of inevitable what would happen, and who else but Arsenal can score own-goals like that huh? We could do with signing some luck if I’m honest.

If it was up to you, would Wenger be getting sacked?

No. No way, not for me. No other manager could have built a new state-of-the-art stadium while spending hardly any money, paying the stadium debt in record quick time all while keeping the team in the top four. He also takes a lot of flak for issues which are more than likely out of his control, happy to be seen as ‘the bad guy’ for others mistakes. For me, he deserves respect for what he has done. That’s not to say he can’t be questioned, and some of his decisions lately have been very questionable, but we have to ask what is going on behind the scenes which is making a very intelligent man seem less than that. The answers to what is going wrong at Arsenal lie behind Arsene, not with him, I truly believe that.

And finally, do you have a score prediction?

Honestly? Well, let’s get the excuses in early, we have at least 12 players out (not counting the ones we have sold) so anything less than a pummeling will do me. Look, we aren’t stupid, you haven’t lost at Old Trafford in the league in, what is it? 18 months? And we haven’t won there for a lot longer. A draw for us will be a great result, and while I want to believe that anything is possible, I feel it will be a home win. Never wanted to be wrong more in my life though. *wink*

6 responses to “A view from the enemy: ladyarse (Arsenal)”