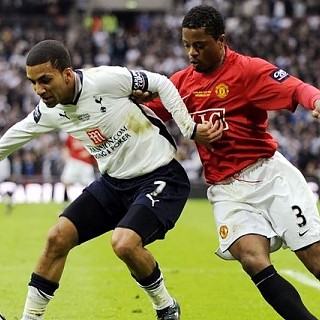 Form: To be fair, it’s too early to talk about form. Especially with Spurs, who had their match against Everton postponed last weekend due to the riots in London. However, the Lilywhites beat Hearts from Scotland 5-0 Thursday night in a Europa League qualifier.

Manchester United started their Premier League campaign against West Brom, beating the Baggies 2-1 at The Hawthorns. The three points didn’t come easy though. United had to work hard after a de Gea blunder in the first-half. It’s not the easiest of grounds to travel to, so we can be grateful for the late winner.

Team News: The Reds had their defensive partnership broken up last week when Nemanja Vidic and Rio Ferdinand came off injured. Vidic is expected to be out for six weeks, and there’s a slight chance Rio might feature against Spurs Monday night. Can’t see him being risked though. We have plenty of backup in that position now. Tottenham Hotspur will be without Luka Modric, who’s currently suffering from a groin strain while being heavily linked with Chelsea.

Predicted Star Man: Ashley Young. He had a terrific pre-season and performed brilliantly against West Brom, receiving Sky Sports’ man of the match. His direct style of play may tear Harry Redknapp’s back four to smithereens.

Match Prediction: I’m going for a 2-0 win. It won’t be easy for United, it never is. We need to be brave, show desire and get stuck in. I’d like to see a battle.