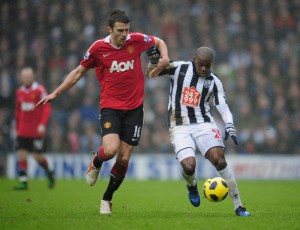 United are set to face West Brom in their first fixture of the new season.

Form: Both teams have looked sharp in pre-season, though we all know that can count for nothing when it comes to game one of the Premier League. United arrive at this fixture hot off the back of an electric performance last week in the Community Shield where we came back from two goals down to beat our city rivals. The man steering the Baggies ship, Roy Hodgson, will be hoping that they can replicate their performances against us from last season, where they stole a precious point from Old Trafford, and ran us close at the Hawthorns before eventually losing out.

Team News:  Javier Hernandez remains unavailable for United this weekend in the aftermath of a concussion in training. Michael Carrick, Danny Welbeck and Patrice Evra are all carrying knocks, none of which are believed to be serious, while Darren Fletcher and Antonio Valencia are set to feature for the reserves on Monday night, meaning they are out of contention for this game. There are also whispers of a new shoulder injury for Rafael, though nothing has been confirmed by the club.  Aside from that United have a strong squad to choose from. Nani and De Gea have been guaranteed a start by the boss, with the likes of Cleverley expected to feature following a sparkling second half last weekend. West Brom will be without top marksman Peter Odemwingie thanks to an ankle injury, while Yussuf Mulumbu is also missing.

Predicted Star Man: Nani. The eccentric winger has been fantastic of late, and that should continue against West Brom

Match Prediction: The first game of the season is about as easy to predict as the lottery, and West Brom wont give United an easy time of it, though in the end the Reds should triumph. Baggies 0 – 2 United.