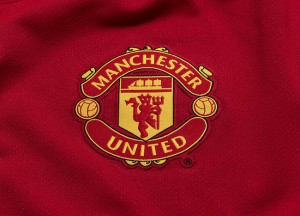 Kevin Levingston takes a look at the latest news regarding the mighty Reds.

Its been a busy week for our lads, with United sending representatives to games at home and abroad. On Tuesday night, the club sent seven players (Park, Evra, Pogba, Cleverley, Welbeck, Smalling, Jones) to be part of a United XI in a charity match vs Marseille in Monaco. Danny Welbeck and Tom Cleverley combined twice to contribute to a 2-2 scoreline at half time, but for the second half most of our reds were withdrawn and the “United XI” shipped a further six goals, much to the chagrin of ex-red Fabian Barthez between the posts. It was a futile task in truth, given that the “United XI” contained retired footballers and popstars to Marseille’s fully professional squad.

Wednesday night saw Ferdinand, Vidic,Giggs, Carrick and Rooney feature in Edwin van Der Sar’s dream team for his testimonial versus Ajax at the Amsterdam ArenA. The game finished 2-1 to Edwin and co, the highlight being a superb link up for the second goal between Giggs, Rooney and Dennis Bergkamp.

Scholesy’s testimonial saw a further twenty-two players feature on Friday night, ensuring that Sir Alex will rotate to some degree for the Manchester City game at the weekend.

In injury news, Michael Carrick is out of action with an Achilles tendon injury which isnt thought to be serious, and Chicharito will not feature until the end of the month due to his recent concussion. Better news comes in the form of Darren Fletcher, who has returned to full training with the first team this week, and has hopefully put his ordeal with a virus behind him.

In transfer news, Gabriel Obertan is thought to be on the verge of agreeing a five year deal with Newcastle United, the fee believed to be in the region of £3million. Norwegian starlet and academy graduate Joshua King is also close to sealing a season long loan move to Borrussia Monchengladbach. No updates as yet on the futures of Darren Gibson, or Mame Biram Diouf, whose days at Old Trafford appear to be numbered.  Sir Alex has moved to quash rumors regarding Dimitar Berbatov, refuting suggestions he had hinted the Bulgarian was on his way out, and confirming he had misheard the question asked of him by a French reporter on Tuesday night.