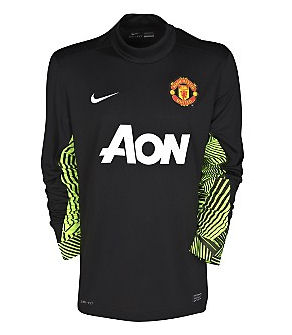 Let’s start by looking at one area of the team which has seen a lot of change recently, United’s goalkeeper. We all knew that sooner or later Edwin was going to hang up his gloves for good and United would require a new first choice keeper. Edwin is undoubtedly one of Sir Alex’s best ever signings, he joined us in June 2005 for a reported fee of just £2million. In his six seasons with us Edwin more than justified that price tag and can go down as one of the best Goalkeepers to have played for Manchester United. Despite this, as Gary Neville said in a recent interview with the Daily Mail “At United former players are quickly forgotten.” So as good as Edwin was, we have to move on.

Sir Alex Ferguson quickly moved to secure a replacement for Edwin, on the 29th June this year United officially confirmed the signing of David de Gea from Atletico Madrid. While only 20 years of age, de Gea is already seen by many across Europe as one of the best young ‘keepers in the game. Making his début for Atletico in the 2009/10 season he finished that season as first choice, a position which he continued to hold all last season. There is no doubting de Gea’s ability, an excellent shot stopper, as he has already shown on his couple of appearances for United in the USA this year. On the other hand there are doubts about whether or not he is the best replacement for Edwin. De Gea stands at a lofty six foot four inches, however some have questioned his build. Is the young man too skinny to be a top keeper in a league as physical as ours? Others question his tendency to punch at crosses rather than catch them. We all had a good laugh at Gomes flapping at crosses and costing Spurs goals, but imagine that happening in our own goalmouth. The kid has talent, but only time will tell if Fergie has made a good call in bringing in David.

If de Gea does struggle in his early United career the tour of the USA has shown us that there is an able deputy waiting in the wings. Anders Lindegaard signed for us in November of last year, making his début for United in January against Southampton in the FA Cup. While we have not seen much of Anders in competitive action and his ability has been questioned by the great Peter Schmeichel, he appears to have set out to prove his doubters wrong. Lindegaard has impressed while on tour in America with some impressive shot stopping, and has shown many of us that who starts in goal for United this season is not a foregone conclusion.

It now looks increasingly likely that our P.I.G (Pole in Goal) Tomasz Kuszczak will be moving on to pastures new. This leaves young Ben Amos as the clubs third choice keeper. For me this is no bad thing. Kuszczak, while a good number two to have, is never going to be number one, and is not going to want to be third choice behind de Gea and Lindegaard, perhaps it is best he moves on and furthers his career. Good luck to him wherever he ends up. As for Amos, he appears to be highly regarded at the club and I look forward to seeing him progress. You never know, maybe he will give Sir Alex an ever greater selection headache! One thing is for sure in my opinion; one area which we shouldn’t have to worry about is in goal.