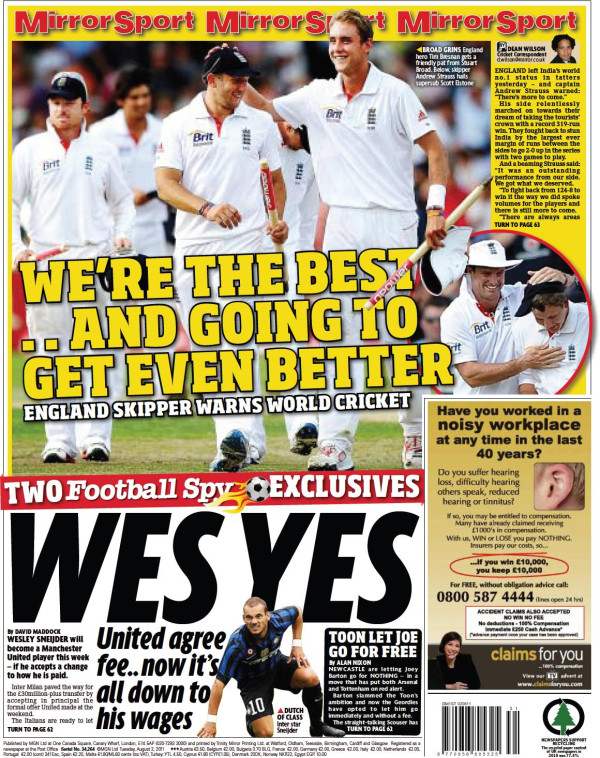 Manchester United have agreed a fee worth £30million with Inter Milan for Wesley Sneijder, according to the Mirror. The newspaper claim United made the offer during the weekend, while the Serie A giants were in Dublin at a pre-season tournament.

The Dutch midfielder refused to turn down a move to Old Trafford when asked last night at the Dublin Super Cup, so journalists up and down the country were expecting something to happen soon. Sneijder has been linked with United since the World Cup last year and if he wasn’t interested, I’m sure he would have said so.

The Mirror may not be the most reliable source, but I’ve always said there’s no smoke without fire. They believe Sneijder will become a Manchester United player later this week – if he accepts a change to how he is paid.

12 responses to “A look at tomorrow’s back page: United agree fee for Wesley Sneijder”