It was one of those times when you really do get those goose-bumps, with a flash like a strike of lightning. He changed direction, his body is up in the air… It was like a right foot with an explosion, but with the timing and beauty of the gods. The goal of the season. 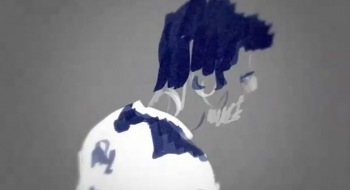 You probably seen a video like this before, of Gareth Bale’s brilliant performance against Inter Milan and the El Clásico between Barcelona & Real Madrid. The trio were designed/edited (whatever you want to called it) by Richard Swarbrick, who is known for making animations, illustrations and commercials. Magical moments like these deserve to be put into a clip of such taste and imagination.