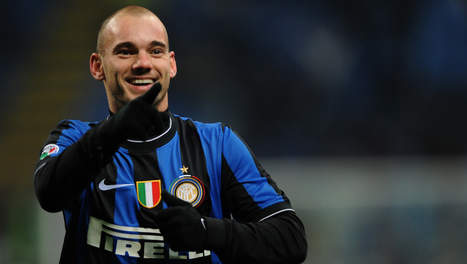 On the same day Ferguson confirmed United were not in the market for new signings, David Beckham came out with advice for his former boss. Advice regarding an ideal replacement for Paul Scholes, Mr. Wesley Sneijder.

Beckham told Mirror Sport: “To replace Scholesy, they’re going to have to get someone special.

“There’s a lot of talk about Sneijder and he’s such a talented player, I’m sure he would fit right into a Manchester United team.

“He could do a job there, without a doubt. Scholesy is the one player they want to replace. He was such a great talent and he will be missed.”