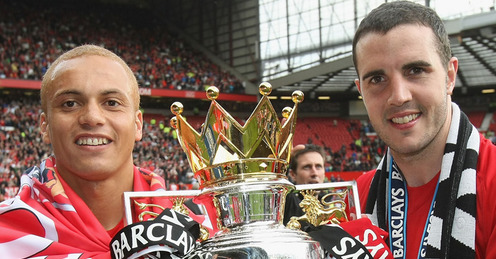 As the 2011/12 season draws closer, there is much change at the ‘Theatre of Dreams’. Kevin Levingston reports.

Consistency; the ability to maintain a particular standard or repeat a particular task with minimal variation or change.

Consistency is a word that has long been associated with Sir Alex’s Manchester United. From the coaching staff, to the hospitality workers, to our boardroom executives, to Albert Morgan the kit man, Old Trafford is consistent at every level. This statement is never more accurate than when speaking of the clubs much lauded playing staff. Where other clubs approach the transfer window with a manner akin to a child at Christmas; casting aside old toys and fervently embracing their new possessions, Manchester United have always chosen to do what little business they wish to do in a quiet, understated and businesslike manner, seldom indulging in the frantic buying or selling that runs rife among other clubs every summer. Sir Alex’s faith in his squad is and always has been unerring, and second only to the patience he shows in waiting for his players to fulfil their potential and repay his faith.

With this in mind, it is easy to see why for the past five or six years the nucleus of this Manchester United team has remained largely unchanged.  There have been arrivals and departures, but each change has been more of a minor alteration than a wholesale change. Regardless of ins and outs, this has been a consistent squad that has retained its purpose, shape and identity.

However, Sir Alex has never been shy to bring the curtain down on a team when he felt the time was right, and history has proved his judgement to be impeccable. He rarely, if ever gets it wrong. In the mid nineties we witnessed the greatness of Hughes and Robson edged out by the youthful excellence of Fergie’s fledglings, who with a few key additions went on to secure the momentous treble as the millennium approached. As we made our way into the mid naughties, we bid farewell to such greats as Ole Soskjaer, Ruud Van Nistelrooy and Roy Keane, as the master began to assemble his third great team. This team went on to secure three premier league trophies in a row, equalling Liverpool’s record of championships and giving us “that” night in Moscow to boot. Now, in the aftermath of a one time unprecedented nineteenth title, Old Trafford is in the midst of a rebuilding project not seen for quite some time in these parts. Three seasons ago on that night in Moscow, United emerged victorious and were crowned champions of Europe. Nine of the eighteen squad members chosen that night will not be present when United kick off their new season on August thirteenth at the Hawthorns.

As is often the case with Manchester United however, it would seem evolution will take precedent above construction, and the next great united team will be built, not bought. Of course, sheer numbers require that the outgoing players are replaced and De Gea, Jones and Young certainly look like shrewd additions, but we fans must understand that there will never be another Paul Scholes to replace our retired legend, just as there was no new Roy Keane or Cristiano Ronaldo. United is a team that has always been so much more than the sum of its parts, even if the parts in question have been of immense talent.

Expect this to be true again as Sir Alex gives his new young recruits and academy members time to grow and integrate with the wealth of experience and talent already at the club, and lets leave the sixty million pound signings to the clubs down the road that enjoy burning money. Whether Cleverly, Morrison, Welbeck and the rest fulfil their potential remains to be seen, but you can be sure they will be given their chance. United don’t buy world superstars, they make them. This policy has brought us more than thirty trophies in twenty-five years along with a wealth of unbelievable memories.

As the new season draws nearer, it would be remiss of the club to change its approach now. We must keep our departed club legends close to the heart, yet not let their achievements be a burden to the new and evolving United. As Scholes, Neville, O’Shea, Van Der Sar and Brown take their bows, as always, waiting in the wings are the next United legends in the making.

The United juggernaut moves ever on towards title number twenty, and with Sir Alex at the helm, I’d imagine we won’t be disappointed come season’s end.

We are far too consistent for that.

The views expressed here are my own and do not necessarily reflect those of strettynews.com or its affiliates.

4 responses to “The Red Tide Changing”