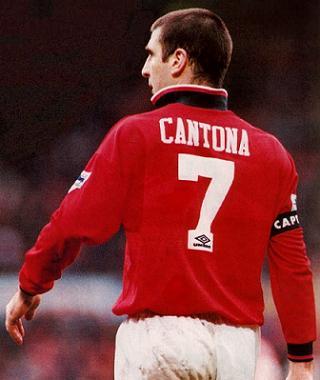 Throughout the club’s revered history, we have had some of the finest players in the world pull on the famous jersey. Now, each fan has their own favourites, depending largely on how long you have been a fan and personal preference, and it would be interesting to see what my fellow fans’ favourite ever XI for Manchester United is.

Now, I have been a supporter of the club since 1995, when at the ripe old age of 7, I started to take a keen interest in football, so i have seen very little footage off past greats before this time. I am aware my greatest XI may miss out club legends like Bobby Charlton, George Best and Duncan Edwards, but the team i will pick is the team that i have watched play throughout my years as a fan. This is purely a personal opinion, and i would love to hear some comments and opinions, especially from older, wiser fans!

Quite frankly, the greatest goalkeeper to play for United. The Great Dane was bought for a mere £530K from Brondby in 1991, a signing Sir Alex dubbed “the bargain of the century“.  In his 8 years at the club, Schmeichel was pivotal in the clubs’ successes and was undoubtedly the finest goalkeeper in the world during his career. He was a fearless goalkeeper, and was the first to let his defence know of his displeasure had they been sloppy, in fact a common sight was Schmeichel absolutely rollicking poor Steve Bruce and Gary Pallister. He retired on the back of the treble winning 1998-99 season, bowing out at the finest moment of his career.

A product of the “class of 91”, Neville had captained that famous youth squad to FA cup glory before his breakthrough in 1992. At his peak, Neville was a world class right back, being both brilliant at attack and defence. Neville made 603 appearances for Man Utd before retiring in 2011. Sir Alex has said of Neville “He was a club legend, and always will be“. United fans love Neville, not only for the service and dedication he gave the club, but also for his keen hatred of all things scouse!

Vidic was bought from Spartak Moscow in 2006 for the paltry sum of £7 million. After a few months of transition, Vidic established himself as a first choice centre back, with some absolutely solid performances. Throughout the last 3 seasons, Vidic has consistently been one of our finest players, only missing out on making the PFA Premier League team of the season once (2009-10 season)  in his time at the club. Our team captain, is a commanding presence at the back and terrific in the air, and has already gained the status of “legend”. In my opinion, the only defender in the world who can currently rival Vidic is Carles Puyol or Barcelona.

I must admit to only seeing brief glimpses of Steve Bruce play, but i have seen enough to include him in this squad. Bruce was a towering presence in defence, and was the first English captain to win “The Double” in the twentieth century. He stayed with the club for 9 years and in that time established himself as one of the league’s finest defenders. Sadly, Steve Bruce was never selected to play for the England first team, with many considering him to be the finest English player to never be capped.

“Nowhere in football is there a more popular player than the unassuming Irishman, who is the ultimate professional, one of those quiet, under-praised heroes who constitute the bedrock of all great teams.” Throughout his 12 years at Utd, Irwin was known as “Mr Dependable” as he very rarely made mistakes. Brilliant defensively and even better at going forward, Irwin is one of the club greats who doesn’t get enough praise in my opinion. Quite simply, our finest ever left back.

Another graduate of the 1991 youth team, Beckham burst onto the scene in 1996 with that THAT goal against Wimbledon. An absolutely crucial player during the treble winning season of 1999, Beckham was famed for his free-kick taking abilities and for his quality at crossing from the wing. Unfortunately, his superstar status started to interfere with his relationship with the manager, and he was sold in 2003 to Real Madrid. Given more time at the club, it is agreed he could have went on to become the greatest ever Man Utd player.

“He’s almost untouchable in what he does. I never tire of watching him play. You rarely come across the complete footballer, but Scholes is as close to it as you can get.” – Zinedine Zidane, 2010.

Paul Scholes is undoubtedly the finest English midfielder of his generation. He is 4th in the all time appearances list for the club and has won every domestic honour the game has to offer. Scholes was famed for both his terrific range of passing and knack for scoring spectacular goals. Loyal and dedicated to the club, Scholes will go down as one of the true greats in world football.

Roy Keane was our captain from 1997 until his exit 8 years later. Keane was a no nonsense, tough midfielder who inspired everyone around him to up their game. An absolutely fearless leader, Keane was the ultimate competitor who often single handedly dragged the team to victory. His performance against Juventus in 1999 CL semi-final will go down as one of the finest individual performances of any Manchester United to player to date, and this was a level he demanded from those around him. Quite possibly our greatest ever captain.

Is there anyone else this could possibly be? In my opinion, the greatest player every to play for the club. Giggs holds the club record for the most appearances, and in that time has gone on to be the most decorated player in the history of the game. At the start of his career, Giggs was deployed in the left wing position, being both lightning fast and extremely skillful. Later on in his career, he has been used primarily in a deeper central role, acting as a playmaker. His experience and class are second to none, and he is considered by many football fans to be the greatest left winger to grace the game.

Ronaldo was bought for £12 million from Sporting Lisbon in the 2003, an absolute steal considering what he achieved. In his 6 years at the club, Ronaldo established himself as the greatest player in the world, winning both the FIFA player of the year and Ballon d’Or in 2008. He made 292 appearances for the club, scoring 118 goals in the process, and was one of the key factors for our success in the late 2000s. A spectacular player, Ronaldo will always be fondly remembered for his contribution, with some critics even going as far to say that he single-handedly won us the league during the 2007-08 season. He was sold in 2009 for a massive fee of £80 million, becoming the worlds most expensive player.

Eric Cantona is my favourite ever Manchester United player. With his class and arrogant swagger, Cantona will always be remembered as a Man Utd legend. Controversially bought from Leeds United in 1992, Cantona quickly became a fan favourite with his eye catching performances and absolute authority he had on the pitch. He retired unexpectedly in 1997, leaving us Utd fans wondering what he could have went on to acheieve. The King was one of a kind, and it is unlikely we will ever see a player like him again.

So that’s my favourite ever Mancheter United XI. Sad i missed out legends such as Cole, Ferdinand, Stam, Robson and Solskjaer. But it was inevitable that some great players would miss the cut. I would love to hear some opinions on your own favourite XI.