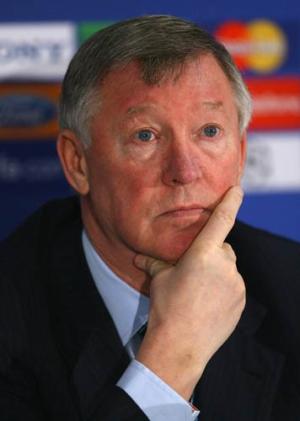 When it comes to building a title winning squad, there is no better man in the business than Sir Alex Ferguson. All football teams go through cycles, and throughout his 25 year tenure at Manchester United, Sir Alex has assembled at least 3 great squads; perhaps most famously the “kids” of 1995.

Now Liverpool have been de-perched, where do we go from here? The challenges associated with this next rebuild are arguably the greatest Sir Alex will ever have to face. Overhauling Barcelona, who many claim to be the greatest club side ever, has to be the main objective, a task that was made even more daunting by our outclassing on that fateful night at Wembley. Chelsea, with a new talented young coach will also provide a stern test, not to mention our wealthy rivals across the city and the ever present threat of Arsenal.

Emphasis on youth has been the main policy of Manchester United over the last few years and a brief glance at our current squad shows very encouraging signs for the future. Our most recent signing of course, is the young Spanish goalkeeper, David De Gea. At the age of 20, there are question marks over his lack of experience, and his slight build suggests he might find the physicality of the English game challenging. There is no doubt he has some very large gloves to fill but glowing references from the likes of Pepe Reina and Iker Casillas should allay any of these fears. He will become the first Spanish player to don the famous jersey, and this is a signing with both the present and future in mind.

Defensively, we have in Chris Smalling and Phil Jones, two of the brightest young talents in the English game. The Da Silva twins have also shown their quality, and with more experience under the belts can go on to become the finest full backs in the world. The key for this defence is purely experience, something Sir Alex knows all too well. Do not be surprised if this combination in defence is used liberally in Carling Cup games.

The central midfield is a bone of contention for every Manchester United fan. The manner in which we were swept through by the majestic Barcelona, all but confirmed our frailties in this area. The recent retirement of Paul Scholes and the departure of a very unlucky Owen Hargreaves have made this an absolutely key area for Sir Alex to look at in the summer. The much maligned Michael Carrick has the managers’ trust and Darren Fletcher will be hungry to realise his form of old, but where will the creativity and attacking threat come from? Surely we can’t rely on Ryan Giggs to have another stellar season? Surely we can’t expect Tom Cleverley to be the lynchpin of our midfield?

Modric, Nasri and Sneijder have all been linked with the club, and for various reasons none of them look absolutely likely to come. Surely this is the missing puzzle piece? A central midfielder who can dictate play, pull the strings and feed into the attack. For me, Modric would represent the best proposition. He has shown he is comfortable in the Premier League and his performances at Spurs this season have been breath-taking.

Attacking wise, we have many options. Nani, Valencia and Young will all fight for the wing positions, perhaps augmented by the tireless Ji-Sung Park in the absolutely crucial games? Rooney and Hernandez will be afforded the opportunity to carry on their blossoming partnership and Berbatov, Owen and Welbeck will serve as quality cover.

Finally, we have some very exciting young players being promoted to the first team this year. Ravel Morrison was undoubtedly the star of the youth team and there are big expectations for this lad. If he can curb his outrageous behaviour than we might just have the next big thing on our hands. Paul Pogba is also an interesting talent, his eye-catching performances indicating that he has a very big future at the club. He is often compared to Patrick Vieira, but his attacking instincts seem to be more present than Vieira’s were, and this is a player we are all itching to see given a shot in the first team. Finally, Ryan Tunnicliffe is a midfielder in the Roy Keane mould, enthusiastic in the challenge with a great engine on him. It is reported he will be joining Peterborough United on loan to aid his development, and a run in the Championship will do him the world of good.

The rebuild is already taking shape, with activity in the transfer market the highest it has been for 4 years. Across every position we have young players capable of becoming world beaters, and players who are seasoned quality professionals. Now the focus has to be on getting that world class centre midfielder. Then, who is to say we can’t catch Barcelona and dominate English football for another 10 years?

2 responses to “The Next Rebuild: Where do we go from here?”