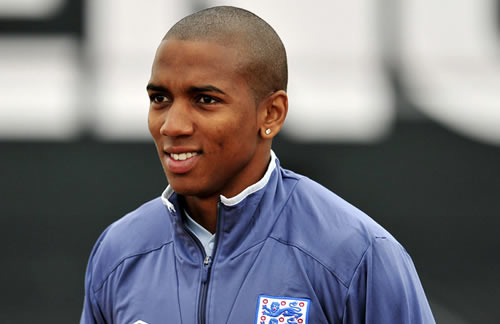 Ashley Young was officially unveiled today (though I didn’t see video of him juggling yet) with Manchester United releasing a statement announcing the signing.

“Manchester United is delighted to announce it has reached agreement with Aston Villa for the transfer of Ashley Young. The player passed a medical in Manchester this week and has agreed a five-year contract.”

United is now putting money where their mouth is, and is rapidly becoming younger.  The addition of Young to play along with Jones, Smalling, and Welbeck, makes United look like the new training ground for the next generation of the English National team.

In a fee that is expected to be between £15M and £20M, Young may actually be coming in as a bargain.  Villa signed Young from Watford in 2007 for £10.  In his time at Villa Park, Young scored 38 times in 190 appearances and having only Cesc Fabregas tallying more assists in the league in those 4 years.

We have all seen his contribution on the pitch and his ability to change a match, and being only 25 years-old, it looks like we negotiated quite a deal.

McLeish had this to say about his departure, “Ashley has made a terrific contribution for Villa in the last four-and-a-half seasons and everyone at the club wishes him the best for the future. He has become an important player in the England team during that time and I am sure he will be looking forward to this new challenge.”

Not exactly sure that McLeish can really speak on behalf of Villa or the fans considering he has only met with Ashley briefly (probably just to sign the transfer) and I’m not sure everyone at Villa even wishes McLeish well, but it was nice to say.

I was on pins and needles waiting to see what Rio would tweet, and he did not disappoint. From @rioferdy5: