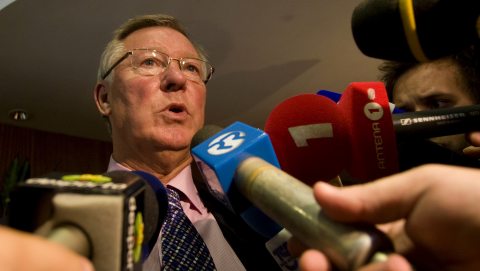 For years there has been this ABU media “myth”, some have read into others have not. But as the saying that has so often been associated with United goes “success breeds jealousy”, and this week, it rang true.

In a month that United success reached new heights, the supposed “ABU” media has thrived and newspapers pages were filled with Manchester United. But for all the wrong reasons..

It’s fair to say there was a degree of shock when rumours first surfaced on twitter that the alleged player was Ryan Giggs. Ever the professional in his more mature age, on and supposedly off the pitch, Giggs may see his reputation tarnished by some, but if one incident can’t be over looked for Ryan Giggs than it IS the immortal sin.

After all, what a player. What a bloody player. Giggs simply is the best player I have, and ever will see. His array of medals speaks for itself really with 12 Premier League trophies, 4 FA Cups, 4 League Cups, 8 Community Shields, 2 Champions League’s, a UEFA Super Cup, Intercontinental Cup, and the FIFA Club World Cup. His commitment to United is faultless and his hunger for trophy’s, ability on the pitch and attitude have only improved since his first match in a red shirt in 1991.

And I refuse to look at him in a different light considering the reasons above and more. People seem to forget that he IS a human being and DOES make mistakes; we all do, but of course were not all professional football that idolised by millions. It’s a sin, a disgusting and disgraceful thing to do and of course one’s view on the man will have to be reconsidered and I’m not defending what he done but I will overlook it and still look at him in a similar light.

On Tuesday to add fuel to the fire Sir Alex threw a familiar stunt and banned a journalist. This was in reaction to associated press journalist Rob Harris’ query regarding Giggs. Rob asked Sir Alex “”The most experienced Champions League player in the team is obviously Ryan Giggs. How important is he for the team on Saturday?” during the press conference at Carrington. A simple question one would have thought but Fergie saw the spite in it  and clearly it held no relevance to the match but just to shit stir and cause a rumble in the camp and gain himself some fame, which he succeeded with.

Immediately, Fergie responded “All the players are important, every one of them,”. This was before later turning to his press officer and whispering “”The guy that asked the question about Giggsy… at the press conference”. To which she responded “Which one? Fergie then said “him that asked the question… who?” “I’ll tell you later” replied the press officer. Unsatisfied with this Fergie later enquired “ he coming on Friday?” to which she responded “The one with the laptop”  when Ferguson replied “Aye. Then we’ll get him. Ban him on Friday.” Of course referring to the upcoming pre Champions league final press conference on Friday.

Many seemed outraged to Fergusons perfectly appropriate reaction where a Journalist who clearly had no interest in team news and what not and was just there to cause trouble and make him famous. Well Harris has got his fame but also his comeuppance and will not be attending Friday’s conference following his rude and unnecessary comments regarding a players private life.

A busy week for United, in more ways than one, and we’ve gone into finals better prepared but one positive thing to come out of this weeks media fiasco was our attitude towards the game and Barcelona. No fear but respect. C’mon United!