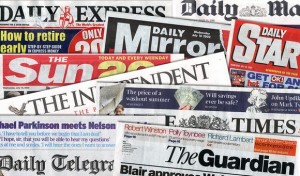 Manchester United have called time on Owen Hargreaves’ career at Old Trafford and will not offer him a new contract, despite David Gill’s comments regarding a pay-as-you-play contract. Full Story: Daily Mail

Edwin van der Sar almost postponed retirement this week when he told Sir Alex Ferguson that he was thinking of scrapping plans to retire at the end of the season. The former dutch number one came back a few days later and decided to stick with his original plans. Full Story: The Guardian

Van Der Sar will captain Manchester United against Blackpool today in his last appearance at Old Trafford. He told MUTV this earlier this week that he wasn’t looking forward to the occasion; ‘no one looks forward to sad moments’, he said. Full Story: Manchester Evening News (MEN)

Manchester City warn Manchester United that they will top any offer for Inter Milan playmaker Wesley Sneijder. They might not need to top any offer if there’s any truth in the Modric story below. (Sunday Express)

Manchester United and Chelsea will battle for Tottenham’s Luka Modric. Champions League football may tempt the Croatian to depart from White Heart Lane. (News of the World)