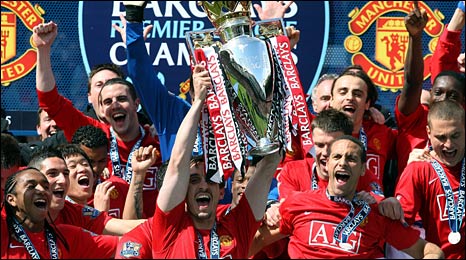 United celebrating their 18th Premier League title back in 2009.

In 2004 an ‘invincible’ Arsenal side won the Premier League after going the season unbeaten. The FA and Premier League granted to London side a special fully-gold-version of the Barclays Premier League trophy for their efforts.

Our friends over at UnitedLatest.com started a campaign yesterday calling on the football authorities to do the same to commemorate Manchester United’s certain record-breaking 19th Premier League title. And we support the campaign 100%!

To help make this happen, email info@thefa.com and info@premierleague.com promoting the fantastic idea.