While Manchester United have been competing for the biggest honors in football, graphic designers and dodgy factories throughout the world began working on mock up jerseys for the 2011/12 season attempting to excite our supporters, as usual.

Our friends from The Busby Way posted an image earlier of a kit that in my opinion looks pretty believable. The shirt appears a lot more fitted than what we had in previous years and I prefer the collar than last season’s but if it proves to be official, you won’t see me queuing up for it in any store simply because I’m not interested in putting money into the Glazer’s pockets – I hope you feel the same!

Anyway, comments are welcome as always so why not tell us what you think of what may be our kit for the 2011/12 season? 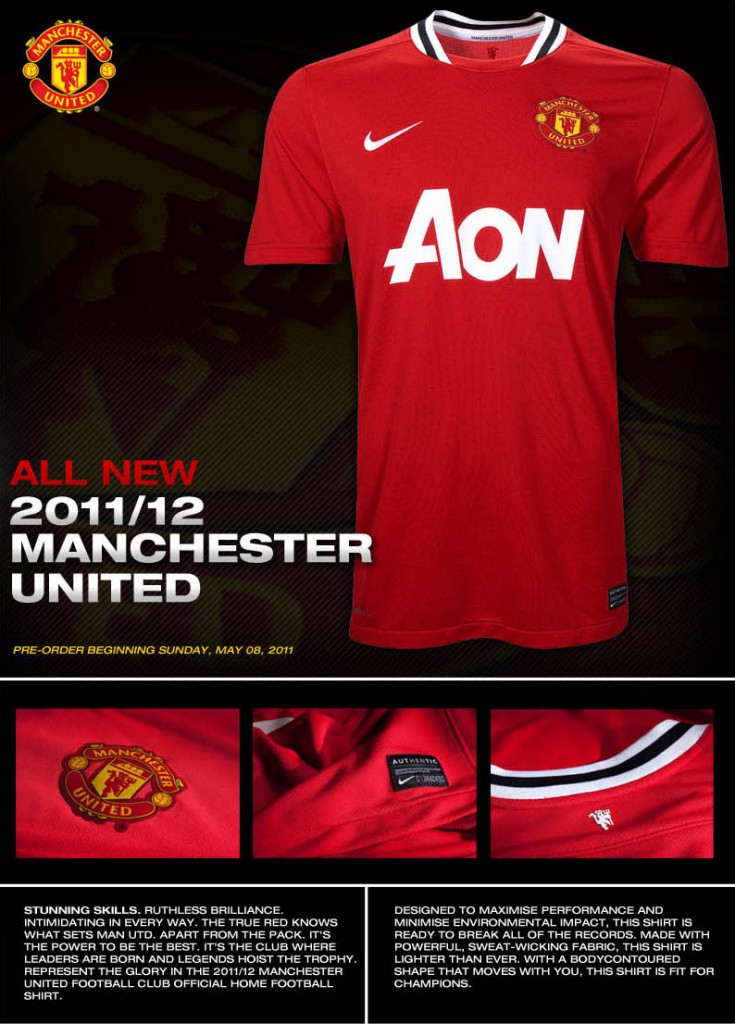