Manchester United midfielder, Owen Hargreaves damaged his shoulder in training Friday evening. Results from X-rays show that he could be out for another four weeks.

On the 13th of March, Ferguson said: “From what we’re told he’s coming back from Germany and he’s going to start training on Monday with us so we’ll wait and see.” His chances of taking part in United’s title race were always slim and in my eyes it would have been a miracle if he did so, but I believe if we had him throughout the season, the league would be ours long ago – he’s one of those important players you need in your squad every week, that’s why Ferguson paid £17million for him in the first place!

Apparently, the injury prone England international went up for a 50/50 header and as a result, his shoulder popped out. Hargo had X-rays today and is expected to be on the sidelines for another four weeks, at least.

Hargreaves looking dissapointed after picking up another injury, earlier this season against Wolves at Old Trafford.

Hargreaves joined Manchester United in May 2007 from Bayern Munich, but after picking up a succession of knee and hamstring injuries, he has only played six minutes of first-team football since September 2008.

According to the Daily Mail, the 30-year-old has ligament damage which is never a good sign. But when was he expected to make another first-team comeback? Remember his comeback last November against Wolves – we were all delighted to have him back and BANG, Hargreaves limped off the pitch after pulling his hamstring. That was a disaster!

3 responses to “Another injury problem for Owen Hargreaves” 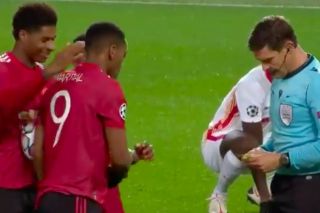 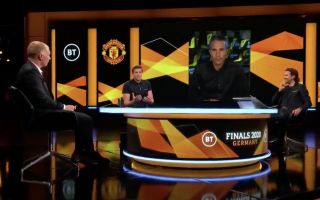