Having been away for a few days with no internet connection, I had to rely on newspapers to provide me my usual pre-match build-up, and seeing as the majority of British newspapers hate us, it was quite a tricky one.

So am now settling down to watch the game, flicking through the web to find what may actually happen, rather than what should happen if the papers had their way.

Having been unbeaten in Ligue 1 since the start of December, Olympique Marseille look a force to be reckoned with. The upcoming form of Andre-Pierre Gignac, the £12m man signed last August, could be crucial to any chance OM have. Not only that, but having Didier Deschamps, the Water Carrier himself, as their manager gives the team a depth of experience to draw from.

Fergie will have no doubt sent scouts to the majority of their games since the draw was made, and with this he will know who to play. The lack of Scholes in midfield could leave us a little short on the passing front, but with Rooney and Berbatov hitting form at just the right time, we could be in for a good game. 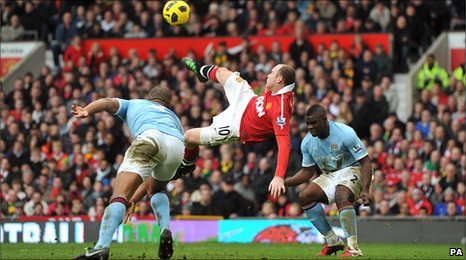 Put it this way, with or without the return of Gabriel Heinze, we’re in for a very edgy game.