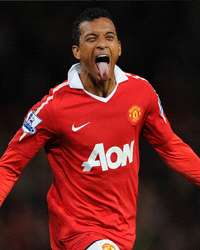 Confidence has now turned to optimism. A shocking 2-1 loss to Wolves away from home has put a huge dent in our hopes off winning the 19th title and knocking Liverpool off their perch. This loss may prove more costly than a lot of Manchester United fans think. Now I’m always one to be optimistic, but after a performance like this and with crucial fixtures upcoming it’s hard to look on the bright side. Our away form this season has been nothing short of diabolical and with away trips to West Ham, Chelsea, Arsenal, Liverpool, Wigan, Blackburn and Newcastle to come, it’s not going to get any easier. The importance of next weekend’s derby has just increased dramatically and a loss may, dare I say it; propel City back into contention for the title and give Arsenal confidence to push on while our confidence and optimism will decrease.

A quick comparison between our fixtures and Arsenals and favouritism for the league will have swung towards the Londoners. In the eyes of an uninformed football fan with just a quick glance of the table many will say I’m overreacting, but in my eyes and after research of fixtures for both teams I would say it’s a terrible misjudgement and under estimation to assume a four point lead and a (slightly) superior goal difference will see us through the rest of the season, especially considering our dreadful away form.

This is football remember and the “just an off day” quote doesn’t wash with me. One off day will lead to more off days and this just won’t suffice in the last few months of an ever competitive premier league.  Will relying on our home form be enough to see us through and lift the coveted 19th title? Am I just a spoiled United fan overreacting? Probably, but the fact of the matter is we have to pull up our socks and improve dramatically away from home or the league could be in major jeopardy. Squeaky bum time starts now.