Manchester United winger Gabriel Obertan has recovered from a pre-season injury which he picked up playing against Philadelphia Union. It looks like he’ll be getting his chance to shine this season with Antonio Valencia expected to be out until February.

Obertan was used as a substitute against Scunthorpe earlier this week when Manchester United beat them 5-2. Most of Rooney’s goals last season were set up by Antonio so it really is time for Obertan to step up and show us all what he can do. Were all aware that the young chap has pace but like Nani his final ball is the problem.

Obertan told United.no: “It is sad for Antonio, and he will have our full-support while he is injured.  However, it also gives us players in the same position as him a chance to make an impact in the first-team.  I hope that this applies for me as well, and I will just have to do the best I can if I am called upon.

“The tide can turn very fast. At the moment, though, I am just glad to be back playing, and my greatest wish is to make an impact here at Manchester United.

“Training with players like Giggs, Scholes and the other superstars who are in the squad has also helped me improve on all aspects of my game. I need to keep improving, get even better and get as much first-team experience as possible.” 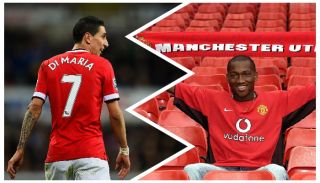