With Michael Owen scoring two goals against Scunthorpe Wednesday night you might feel a little more comfortable with the strikers we have at the club. Ferguson has admitted that he now faces a selection problem with strikers the likes of Wayne Rooney, Dimitar Berbatov, Michael Owen, Federico Macheda, Chicharito and Bébe. Also remember we have a few goal scorers with the reserves plus Danny Welbeck’s and Mame Biram Diouf who are out on loan with two Premier League sides, Sunderland and Blackburn. 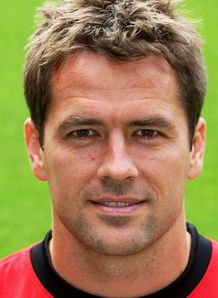 With Berbatov banging in the goals Michael Owen is finding it hard to get another chance and is being linked with becoming re-united with Gérard Houllier at Aston Villa. Owen’s first game of the season became a success as I mentioned above scoring two goals against Scunthorpe in Manchester United’s first Carling Cup match of the season.

Owen is now taking it step by step hoping that he’ll play some part against Bolton at the Reebok on Sunday, later that week we will be traveling to Spain to take on Valencia in our second Champions League group match.

Ferguson told MUFC: “It does give me a problem.

“I have known it was going to be a problem since the start of the season, that is why I let Danny Welbeck go to Sunderland and Mame Biram Diouf to Blackburn on loan.

“The form of Dimitar Berbatov has meant that other players have taken a back seat, which is unfortunate for them because they are good players.”

I really want to see more of Michael Owen and I believe that he’ll be looking for more then just playing in the Carling Cup. He’s too good of a player for that. I’m sure coming on off the bench would suit him and you can be sure if he stays fit we’ll get goals out of him!