Manchester United striker Wayne Rooney was back training this morning ahead of tomorrow’s Champions League clash against Scottish Champions Rangers.

Rooney seemed in good form this morning having the odd joke with his team-mates which shows the type of atmosphere Rooney creates in the camp.

Rooney is set to start against Walter Smith’s men as United look to start their European campaign in winning style. Ferguson is said not be taking the Scottish team lightly as the Scott himself is prepared to set out a strong starting elven. 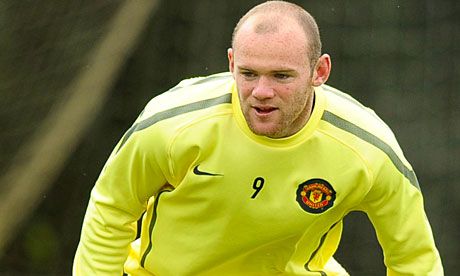