Manchester United are either very confident that they landed Werder Bremen star Mesut Ozil or someone might of got into their admin panel and hacked the website. The official website had a template of Ozil’s profile on the squad list which means he’s about to become a Manchester United player or have they been hacked.

We are still waiting on confirmation if the website has been hacked or not but I can now tell you that the Ozil profile has been deleted. Is there something we don’t know? 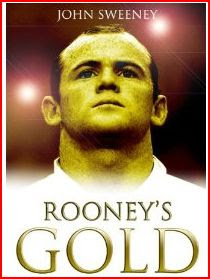 This is the second time in the past year the Manchester United website has been questioned isn’t it. Remember when they were selling the book made by John Sweeney about Wayne Rooney called “Rooney’s Gold”. In this book I have been told John Sweeney talks about Wayne Rooney on and off the pitch which he has no business doing. Like come on would you like someone following you around knowing all your business, I think not!

Anyway what was this book doing on ManUtd.com? When I seen it I passed it onto a good few friends and they couldn’t believe it because we all know Rooney isn’t happy about it and that’s the reason I wont be getting it. Its none of my business! All I’m interested in is when and how Rooney plays for Manchester United.

Soon after I showed a few mates I checked back and it was gone of the website! I wouldn’t think in a matter of hours that the book was sold out now do you? Most Manchester United fans wouldn’t of been interested in it like me anyway.

Here is a picture for proof about the Ozil profile so you can see for yourself. If you want to make the image bigger feel free to click on it. So what do you think of all this? Shouldn’t the Manchester United website have a little more support? 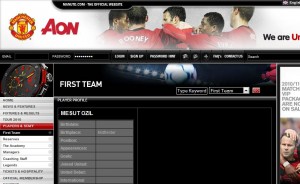