Manchester United midfielder Owen Hargreaves has yet again been hit with an injury and is to miss the start of the coming season. Hargreaves who arrived from Bayern Munich only had a good first season with the rest full of injury’s. It was taught that the midfielder would be flying to the United States with the rest of the squad to play some match’s and get fit for next season plus some people taught that he would of went to South Africa with England if G.Barry wasn’t fit enough which he was. Ferguson came out today and told MUTV

“The bad news is that Owen Hargreaves is back in America seeing a specialist,”

“He will not be ready for the start of the season. I do not know when he will be back.”

Will this mean that Sir Alex Ferguson is going to have to enter the market now knowing that Hargreaves needs a replacement? Things will want to happen soon before all the players that preformed in the World Cup are taken by other clubs around Europe. 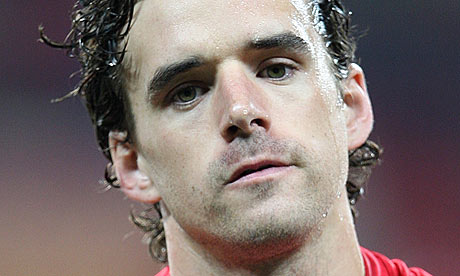