Manchester United manager Sir Alex Ferguson has handed left back Patrice Evra a month off because of the terrible World Cup and a marathon of a season he played! It was clear when we were knocked out of the Champions League by Bayern Munich that Patrice Evra was tired, he was finding it very hard to get back and forward in the way he did at the start of the season. In the first half of the season it would of been fare to say he was our best. He also played more match’s for Manchester United last season then any other player.

Even though it was clear he was tired he still had to captain France in the World Cup. In the World Cup they failed to win a single match and manager (Raymond Domenech) just wasn’t up for the job. Reason for this is because he had some serious issues the way he wouldn’t bring Benzema to South Africa because he didn’t trust he star sign! That is complete madness if you ask me. Now ex Manchester United defender Laurent Blanc has took over after a great season with FC Girondins de Bordeaux. 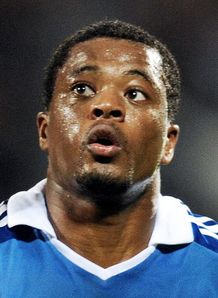