Big clubs have big fan bases and that is a fact! Without fans where would football be? Its important to keep your fans happy and a way of doing that is by making at least one big signing per summer. Manchester United as we all know have huge amounts of debts to pay of and it isn’t easy as some may think. When your in the business the Glazers are in you have to be ready to take risks, something that they do to often. What I’m saying is how are they going to make money from success without making one big signing each year?

All big clubs get linked with the same names every summer like Ronaldo, Torres, Kaka etc and being honest I never take any of it serious. There are limits and you have to know your own.

As you might of seen Sir Alex Ferguson made his signing of Hernandez before the World Cup because he knew that his price would of going up. But some teams don’t sell till after because there players might preform so its a risky business as I said above. Sir Alex Ferguson is a man of very few mistakes so whatever he those I’m always 100% on his side no matter what.

Back to what the title ( Maybe One Big Signing ). Might their  be a possible chance of Manchester United getting a midfielder that is showed why Madrid were wrong to let him go, won a champions league medal this season and has got Holland into the semi-finals of the World Cup in South Africa! Have you guessed who yet? Well its Wesley Sneijder don’t think I needed to tell you that!But story’s have been coming out since the World Cup started saying that the Glazers are giving Ferguson the green light to fork out £20 million to get the midfield genius. But you have to stop and think about this don’t you, who is the manager of Inter Milan? Rafa and Fergie wouldn’t be the best of mates after recent years rants. Rafa is known for slipping up in the transfer markets but only time will tell if he will do it yet again.

Sneijder is only one that Manchester United are linked with! Today Gary Cahill was linked with a £15 million move from Bolton Wanderers. But haven’t we just bought Smalling from Fulham! Yes Vidic is still to agree a new contract but Evan’s is improving year by year.

There are other transfer news out there but we will add more posts when we get more information and we’ll do what we do best. Sharing our views! 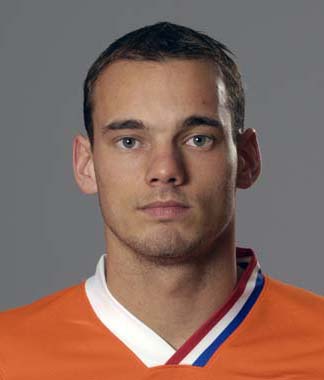